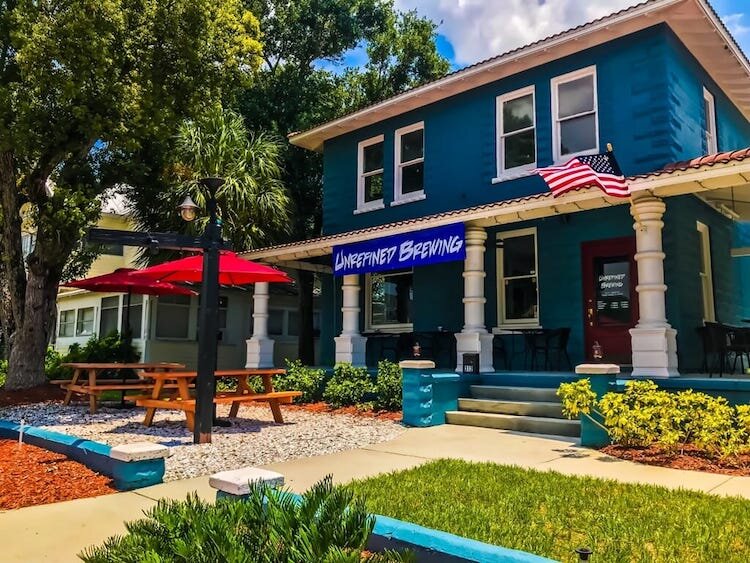 But on the weekend, they travel to their brewery and taproom on Tarpon Avenue, some from as far away as Houston and New Jersey, thanks to frequent flyer miles, to launch their entrepreneurial venture into the beer industry. They’re building their business, quite literally in the case of the taproom’s bar, and developing a customer base.

In fact, co-Owner and Head Brewer Gordon Scott says the decision to open on July 5 — a holiday weekend in the midst of Tarpon Springs’s monthly First Friday street party — brought in a deluge of customers out of the gate.

“It was supposed to be a light opening, but First Friday in Tarpon isn’t the best idea for a light opening,” Scott says. “We were definitely changing more kegs than anticipated. We estimated 300 to 400 people came through in a four-hour period. It was a lot more than expected, which is a good problem to have. It was trial by fire. Let’s figure out all the things you guys have done wrong and how to make it more efficient. The best way to do that is to have 400 people come through in four hours.”

Scott has been home brewing on his back porch for more than a decade. Each year, he hosts a private party to showcase his beers that draws about 150 people. He and his wife were in New Orleans for her birthday when he got word that the circa 1912 building at 312 E. Tarpon Ave. was on the market. The former owner, Saint Somewhere Brewing, was moving its taproom into its nearby brewing facility on South Ring Avenue. Scott and his partners — his brother Tom Scott, Tony Pautauros, Ed St. John, and Allen King — swooped in to make the purchase and launch their brewery.

Unrefined joins a Tarpon craft brewery scene that includes Silverking Brewing, Two Frogs Brewing, and Saint Somewhere. With the breweries, Scott says he sees the potential to transform the historic downtown into a hub of activity, similar to what has happened in Dunedin.

As for Unrefined, Scott says the focus is on sours and stouts, his specialties as a home brewer. With the owners’ full-time jobs and the small two-barrel brewing system, he expects the brewery to stick to its weekend-only schedule of Saturdays and Sundays, with Friday added during the street party on the first weekend of each month.

He also shed a little light on the meaning of the name Unrefined.

“It’s kind of a play on words,” Scott says. “I’m not a guy who’s going to be in a suit. I’m not a guy who is going to drink wine. I’m a guy running around in mesh shorts and a T-shirt who does not really care about image. But everything we put in our beer is top notch ingredients. The beer is refined, but we’re unrefined.”

Here is a link to learn more about the business: Unrefined Brewing. 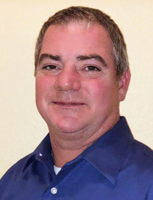 Chris Curry is a freelance writer living in Clearwater. Chris spent more than 15 years as a newspaper reporter, primarily in Ocala and Gainesville, before moving back home to the Tampa Bay Area. He enjoys our local music scene, great weather and the wealth of outdoor festivals.